Is Hearing Loss Common with all ages? 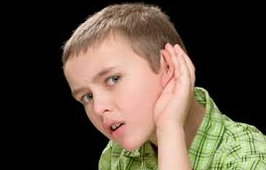 What is Poor Word Recognition?

David and Sheri Longeuay have treated people from five years of age, all the way to one hundred; and they wanted share some of their interesting experiences with helping people hear better.

In some cases, children who have numerous ear infections can develop hearing loss. If that’s your child or a child you know, it would be very prudent to visit an ENT (Ear, Nose and Throat doctor) to make sure the child does not inherit permanent hearing loss.

Our oldest child had ear infections several times per year, says David, and we opted to have small PE tubes (called Myringotomy) in her ears to drain the accumulating fluid in her middle ears. That ended her problems and now that she’s an adult, she has perfect hearing.

In other cases, we have had young adults who either had similar ear infection issues as children or they had developed hearing loss from a medical problem or excessive noise exposure.

Of course we all know our younger generation are really pushing the envelop with headphones, loud concerts and loud hobbies like motorcycles and off-road vehicles; If their hearing seems impaired, they should have a hearing test to determine if there is a diminishing problem so they can alter their hobbies to protect further harm to their hearing.

Some people have told us: “First of all, I don’t hear that bad unless I’m in a noisy place or in front of a T.V.”

But in reality, when you speak with their loved ones or friends, you find they have their T.V. too loud and they frequently ask people to repeat themselves; their reasons for avoiding treatment for hearing loss are numerous.

Some people dread the idea of someone noticing they have a Hearing Aid on until they see how near-invisible they are: 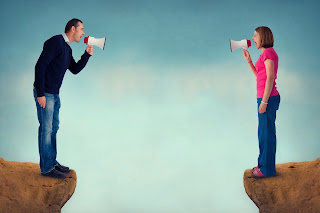 Hearing Loss is far more noticeable
than wearing a Hearing Aid...Huh? What? Can you repeat that? These responses let people know you have hearing loss without doing anything about it.

Some people have had a hearing loss for so long that they don’t realize just how bad it really is and they begin to develop what’s called Poor Word Recognition.

One of our patient’s stated: ‘I didn’t realize how obvious my hearing loss was until several co-workers asked me if I had my hearing checked lately; Then my boss insisted I get them checked, due to a few customer complaints about me ignoring them...Ouch!’

Another patient stated: ‘I thought my husband was developing a mumbling problem. When he asked me to have my ears checked, I told him I’m only forty one! I’m too young to have a hearing loss’.

One person told us: ‘I began to realize that every person around me couldn’t be developing a mumbling problem. How could I hear life’s sounds, but not understand speech very well?

David and Sheri explained I had developed poor word recognition and my hearing loss was so gradual, I hadn't noticed how “life’s sounds” were getting duller and duller’.

Poor word recognition can make “I’m going Shopping at the Store” seem like “I’m going Mopping on the Floor”. “S” and consonant sounds like “Ch” “Th” are usually the first sounds to become hard to hear, so basic conversations can easily get distorted for people with hearing loss.

Many of David and Sheri’s patients have stated how much they were educated when they came in for a hearing test. Turns out that many people who wondered if they can hear okay, have developed poor word recognition. And it’s usually their loved ones who understand this more than the patient, says David.

Since some people speak softly and some with poor pronunciation, many hearing loss sufferers are nodding in agreement to conversations they don’t fully hear or understand.

Hearing loss can happen at any age and there are many different causes.

The most embarrassing time one young mother told us was when an acquaintance made a derogatory statement about a good friend of hers and she nodded like she understood what they had said. Later her daughter who was present said, “mom, why did you agree to that awful statement about your best friend?”

Most of our patient’s who have a complete hearing exam had never heard of poor word recognition, says Sheri. And some were skeptical until they walked out into the world with a one-week-trial hearing aid demo, and their loved ones mentioned how much better their communication skills were.

At least half of our patient’s loved ones are the ones who thank us the most, says David.

Even with new hearing aids on, many words may still not compute in a person’s brain properly at first. Some people who are under seventy five years of age, at least stand a decent chance of relearning ‘forgotten’ words due to hearing loss. And those who have treated their hearing loss with hearing aids at a younger age, can prevent poor word recognition altogether. Also, the elderly who do not regain proper word recognition with new hearing aids, will in some cases at least avoid getting worse.

Other comments David and Sheri receive regularly: ‘Now I know when my poor little doggy wants in the house...I actually hear birds singing all the time...and the sound of people laughing in the distance...I had no idea these things had slowly slipped away. With hearing aids, I finally understand how the beautiful world around me was so dull and lifeless before’.

Just to make sure, Crystal Clear Hearing Aids provide free hearing tests. It usually takes less than an hour of your time.


Posted by Crystal Clear Hearing Aids at 11:34 AM No comments: